The Chateau La Jolla Difference Is The People

It’s difficult to truly know if the retirement neighborhood and lifestyle we’re offering is a perfect fit for you or your family member. What makes Chateau La Jolla so unique has nothing to do with our wonderful surroundings, amazing programming, or convenient amenities and services.

The uniqueness you feel comes from the daily interactions of our staff, residents and their families, as we support one another and strive to enjoy all that life has to offer. Glancing through our resident stories is a wonderful way to dig deeper and learn more.

Neva Woolley moves through life as if nothing is impossible. No reservations, no cares, certainly not scared of adventure. One of the best ways to live a long and happy life, is by indulging your passions. That’s exactly what she has done. Not only is Neva a talented actress and singer, she is a gifted painter as well.

Over the years, Neva has done what she loves whether it is acting, performing, or starring in musicals, this mezzo soprano has a zest for life, and believes anything is possible.

“Teacher and musician” – that is how Jane describes herself. Jane has been playing the piano since age 6, and has sung in choral groups nearly all her life, mainly in church choirs. For 37 years she taught English at The Bishop’s School in La Jolla where she was Department Head, teaching every level from 8th grade to seniors.

She enjoys living at The Chateau and especially eating in the restaurant – she hates cooking! Fun Fact – although hair used to be brown, she tinted it blonde and now it is snow white!

Warm and engaging, Doris is a people person who makes friends easily. She has two sons – Douglas, a retired judge, and David, who has a Ph.D. in computer science. She has five grandchildren and four great grand children.

Surprisingly, she herself was the youngest of eleven siblings!

The youngest of three, Dibby grew up in Jonesboro, Arkansas. Shortly after graduating from high school, she went on to attend college at the University of Arkansas in Fayetteville. After college, Dibby moved to Washington D. C. It was in this city she went on to work for the FBI. Two years passed, and Dibby transferred to D.C. where she also worked for the FBI.

With a temporary job working for Yale University, she headed off to New York for 6 months. After that, Dibby joined the State Department. So, it was back to Washington D. C. where she lived in George Town for one year.

With a diverse career history, Donald has an interesting background. During WWII, he spent two years in the Navy. And, after that, he spent two years as a missionary for the Church of Latter Day Saints. Coming home, he was a police officer for a year before going to college at Arizona State University.

At age 12, he was nicknamed “Speed Butler” by his Scout Master because he was always the last to get up from dinner. The name stayed with him until age 32. He even had to put Don “Speed” Butler in the local telephone book so people would know who he was.

Gerree truly loves her life in La Jolla! Since she was a little girl, La Jolla has been her hometown. La Jolla holds so many memories for Gerree. It’s the place she met and fell in love with her husband, Maury, while attending La Jolla High School. They married at St. James and had their reception at the La Valencia.

Gerree is the proud parent of three children. Their son Craig, who lives here in San Diego is now retired. He loves spending time in his garden and volunteering at the San Diego Zoo. Craig operates live zoo cams from his home.

Joan has had an impressive career. For years, she was the owner of 4 clothing stores called The Caribbean Shops. They were located in Palm Springs, Scottsdale, Laguna Beach, and La Jolla. The La Jolla shop was located in the “Green Dragon Colony” and later relocated to Girard Avenue and renamed the Nutmeg Tree.

Joan was with the American Red Cross, Club Division overseas in the early post period. The Red Cross set up a program to provide clubs overseas comparable to the USO clubs in the States. The aim was to provide a “back home” atmosphere with “real American girls” in charge.

Like many at Chateau La Jolla, Marjorie is a widow. However, she has an extensive family: two sons, a daughter, an adopted daughter, ten grandchildren, (ranging in age from thirteen to thirty five years) sixteen nieces and nephews, four stepchildren and six step grandchildren!

Marjorie has had done so many things. From being a high school teacher and community college professor to being a counselor and Foreign Student Advisor at Los Angeles Valley College. After she retired, she and her husband moved to Yountville in Napa Valley, where she worked as a concierge at the Culinary Institute of America in St. Helena.

Rachel was born in Monticello, Utah, only because her family’s home town of Blanding was so small that the closest hospital was miles away. Within a year of her birth, her father took a position that relocated the family to California.

Raised as a Mormon, Rachel spent a year and a half on a mission in Ecuador where she learned the Spanish language. Although she was encouraged to marry rather than go to college, after her younger sister broke with the church and graduated, she decided to do the same.

Joe Annino, an Italian‐American, grew up in Brooklyn, New York, and served his country in the US Air Force between 1952-1956. Shortly after that, he earned a B.F.A degree at Texas Christian University where he majored in Art education and minored in Spanish. Some might say, this is where his love of art began.

In 1967, he studied Studio Arts including drawing, painting, sculpture, and printmaking at the University of Miami. Over the years, Joe was a teacher, graphic illustrator and physical conditioning instructor, in locations that included Cupertino, Santa Cruz, and San Diego.

Joe and Mary Ann met while out running, and have been married for 36 years as of this February. Although they come from different walks of life, there was a lot of commonality, running was only one of many things. They participated in everything from half marathons to marathons and triathlons, until Joe turned 80.

When asked why they chose to live at Chateau La Jolla, they both agree that it has everything that they were looking for. Both of them describe Chateau as an intimate place that’s very close to the ocean.

Born in Wetzlar, Germany and lived with her 6 sisters and parents. Her mother, in 1929, before she married, emigrated to New York to work as a nanny. That was short lived when she returned to Germany for a visit and met her future husband.

Milly’s father worked in Germany as a forester, a professional who takes care of the flora and fauna of the forest. In Germany, there are approximately 11.4 billion acres of forest! That’s a lot of forest!

Born in Davenport, Iowa, Herman AKA “Butch” has also lived in other states throughout his life. While in Arizona, he attended ASU, where he majored in Business. From there, he went on to become a Human Resources Manager for US steel companies all over the US.

Interestingly, he and his wife lived in Pittsburg, California and Pittsburgh, Pennsylvania (what are the odds). From there they moved to Birmingham, Alabama where Butch and his wife started a family. With two kids and four grandchildren, he watched his family grow and thrive.

Life doesn’t have to slow down when you get older, now’s your chance to try something new! The Chateau La Jolla community enjoys many social, educational, entertainment opportunities, and special events. There’s literally something for everyone! 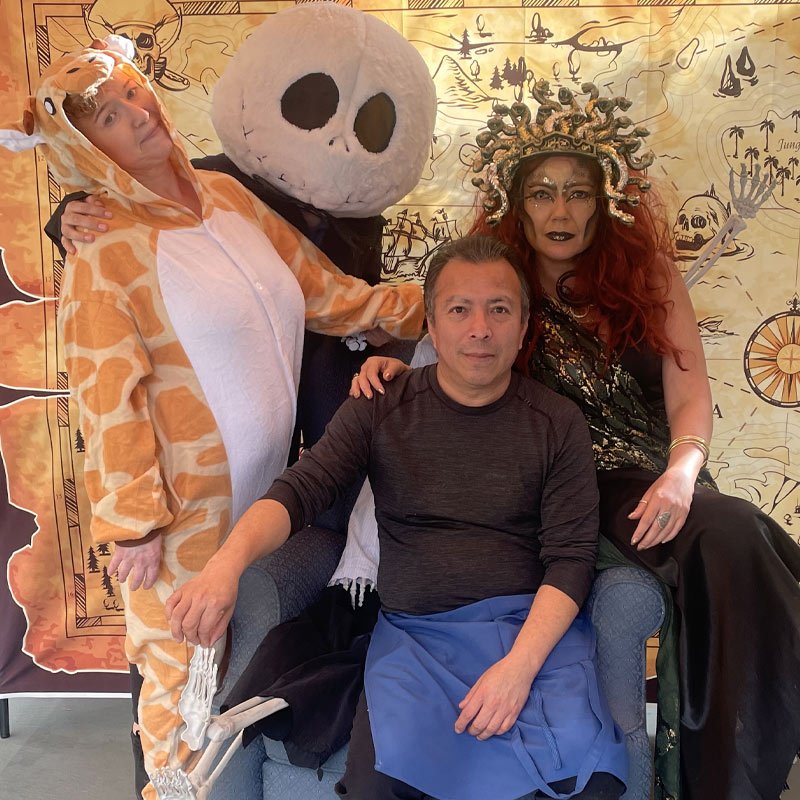 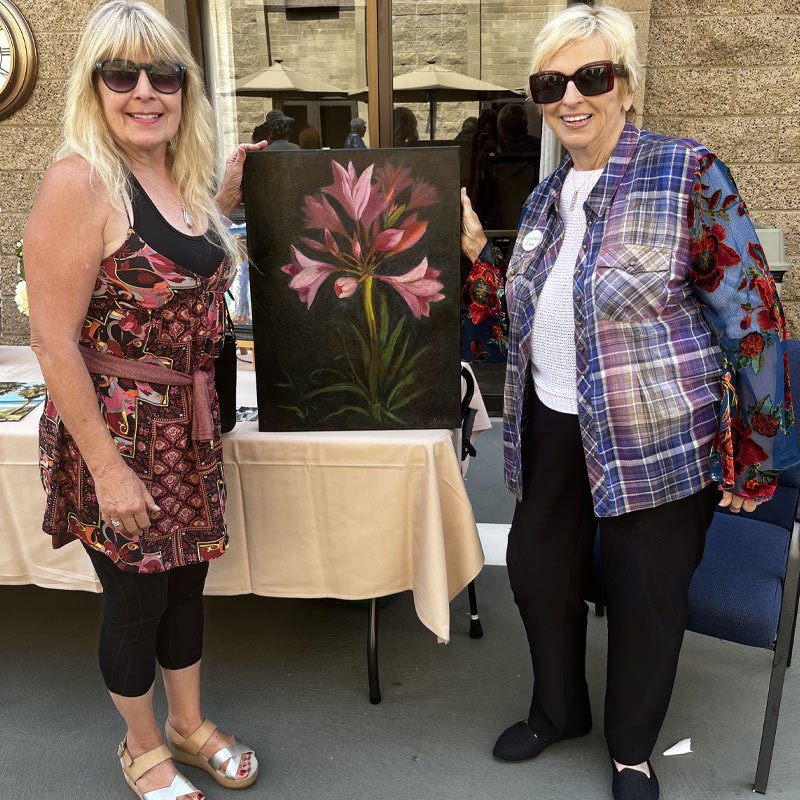 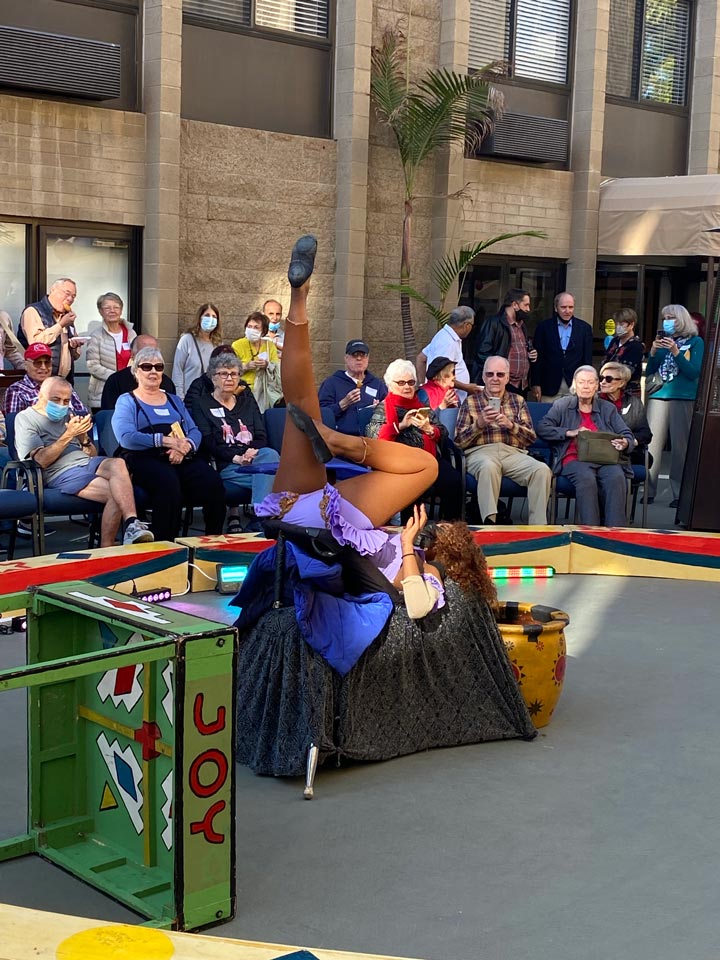 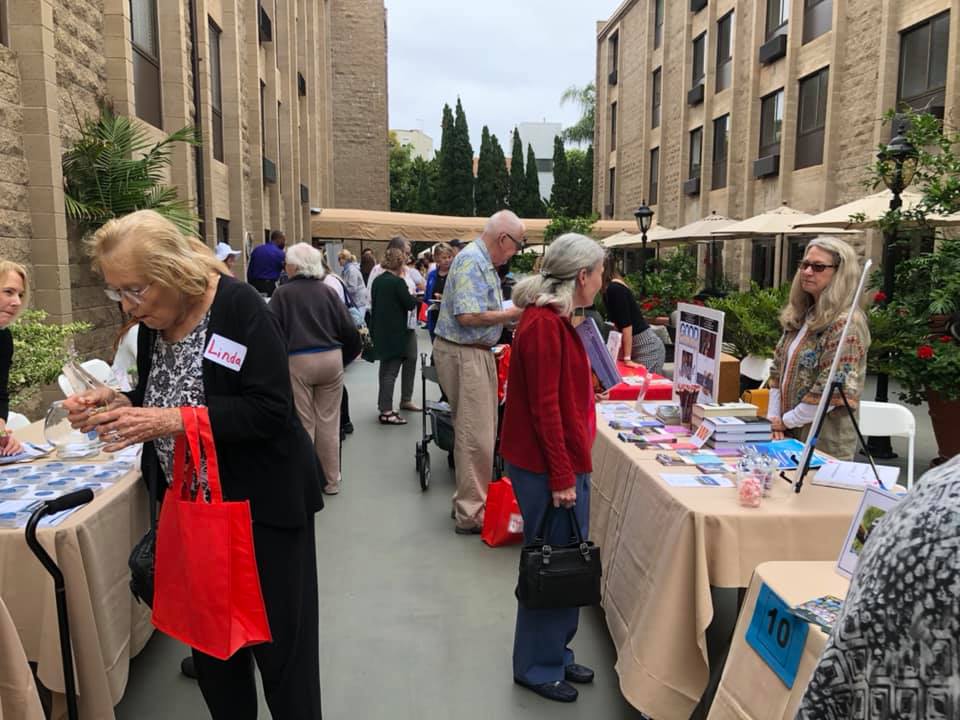 A Path To Wellness 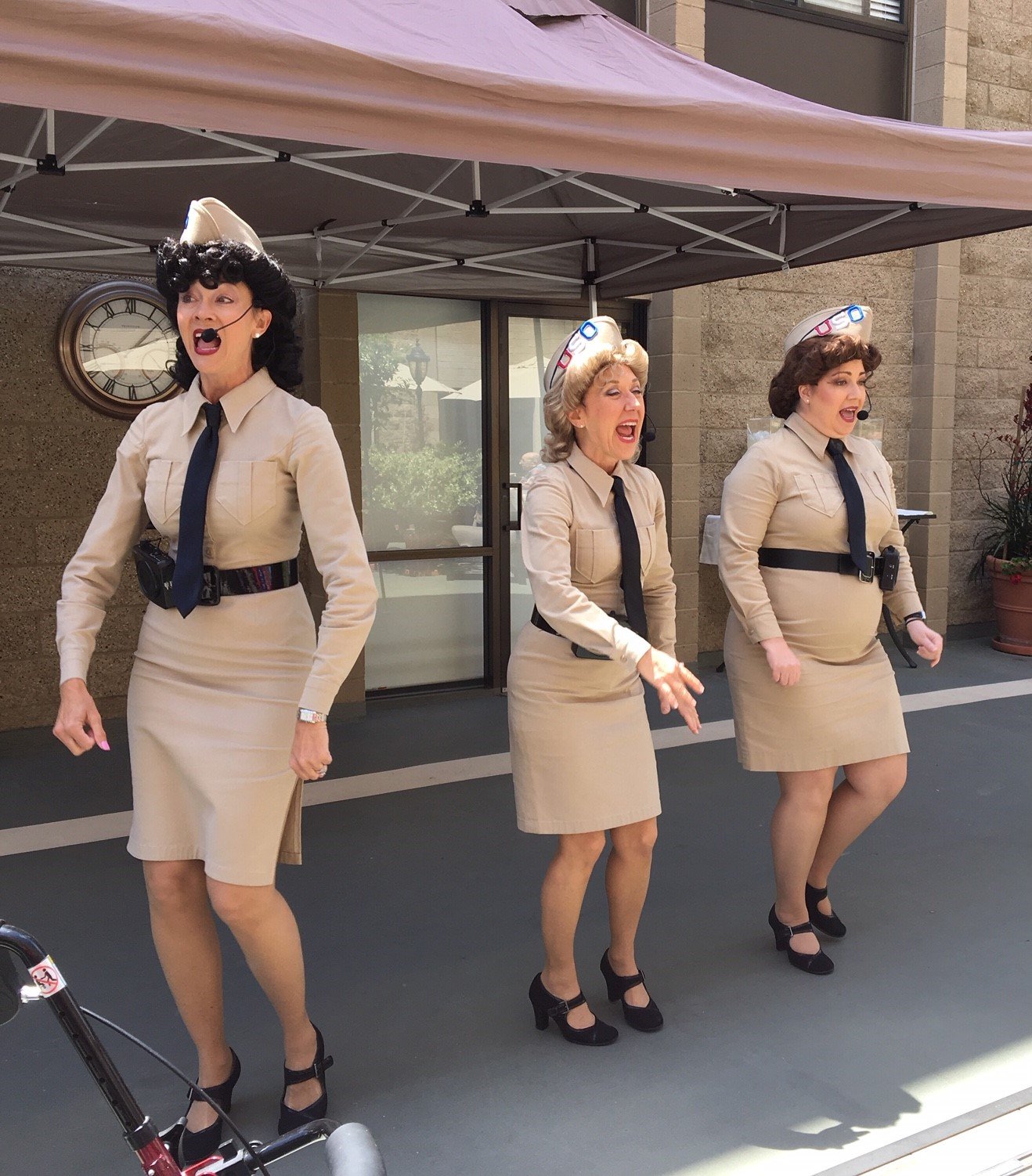 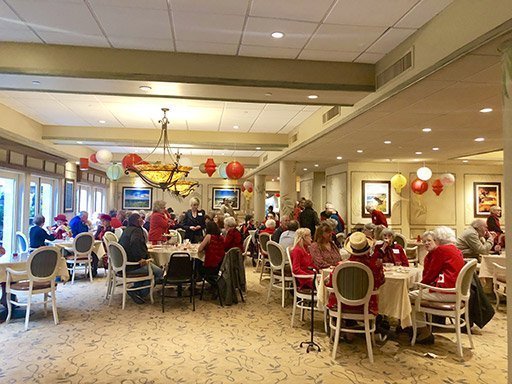 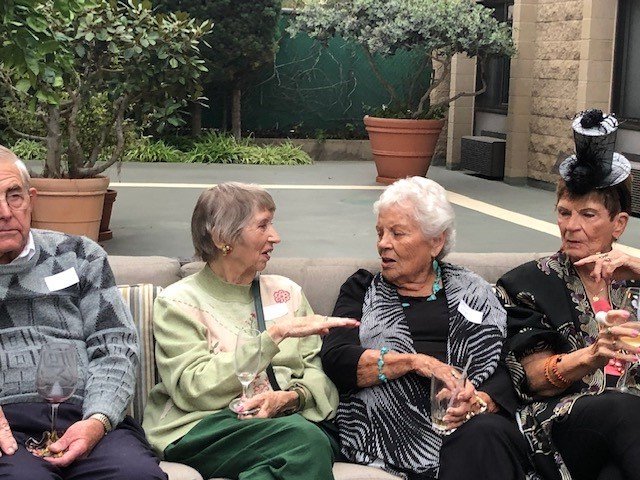 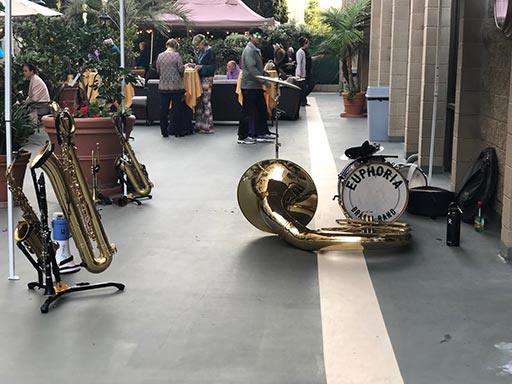 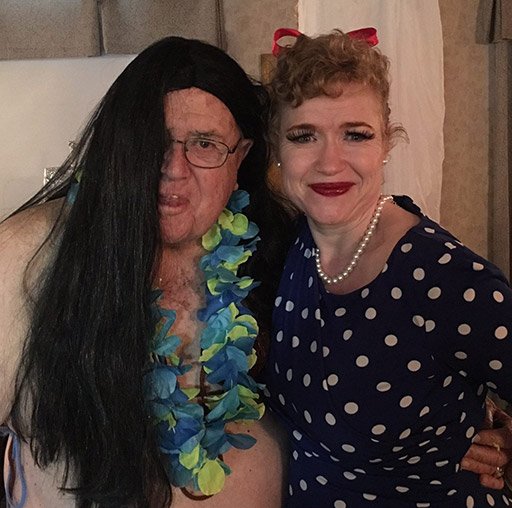 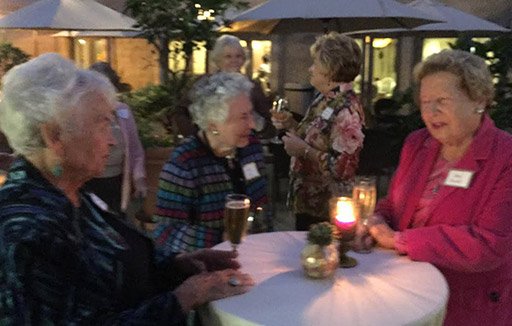 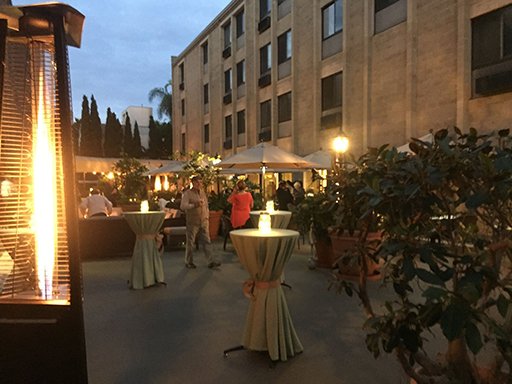 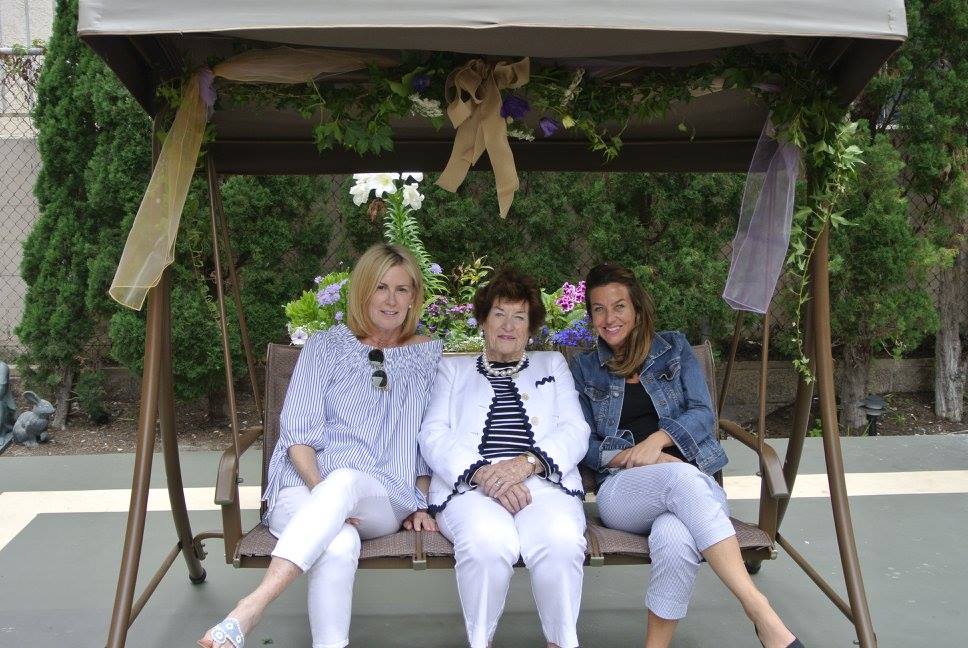 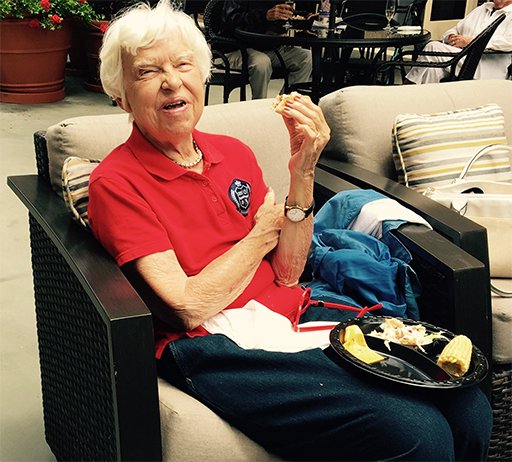 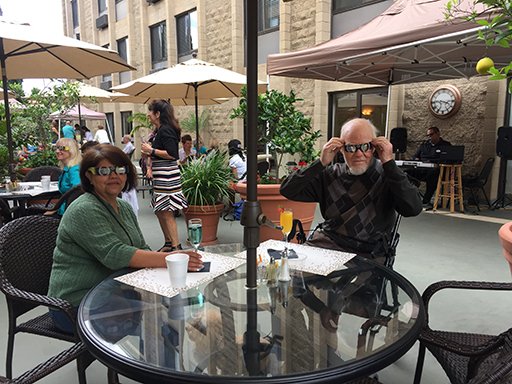 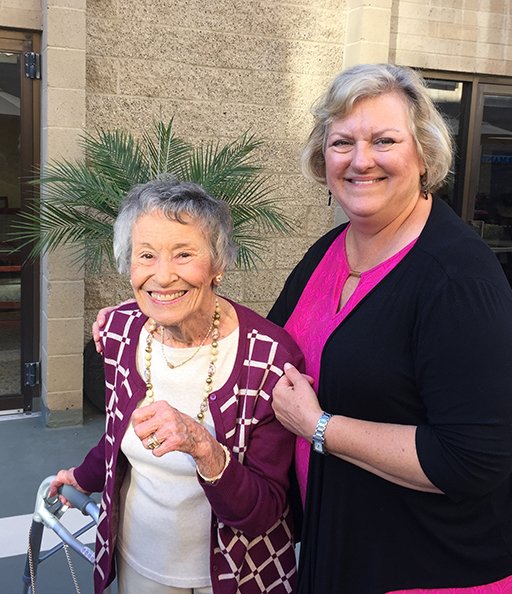 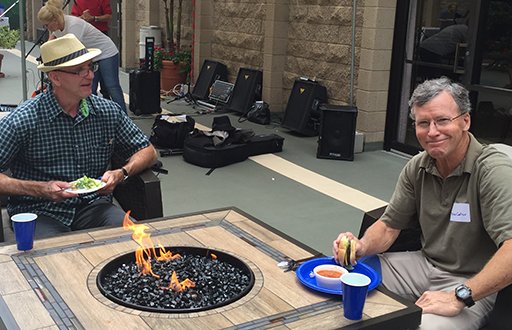 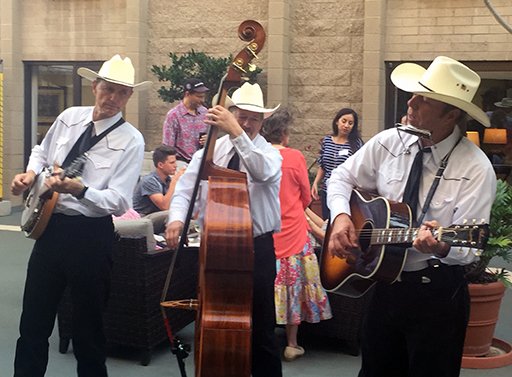 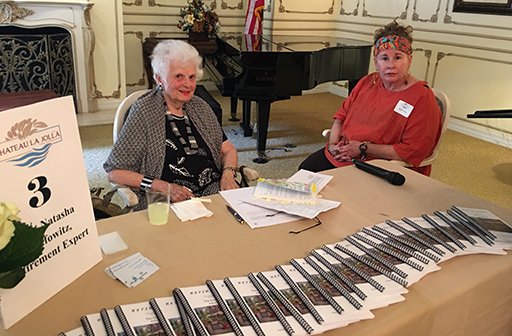 “A cheerful light in the dining room warms my spirits. There is Eric, who carefully sets the tables. I watch as he does this so methodically, and I enter the dining room where Betty has already placed my pot of coffee and cup on a saucer. It happens every time, even before I get there!”

“Chateau La Jolla is a luxurious residential facility. Located in the midst of one of the most exclusive and desirable resort areas in Southern California.”

“We have loved every minute we have lived at Chateau. It is a wonderful place to live.”

What’s better than a day spent in the sun, getting exercise and playing in the dirt? Doing all of that with friends! Our residents cultivate food flowers and friendships in our community garden. 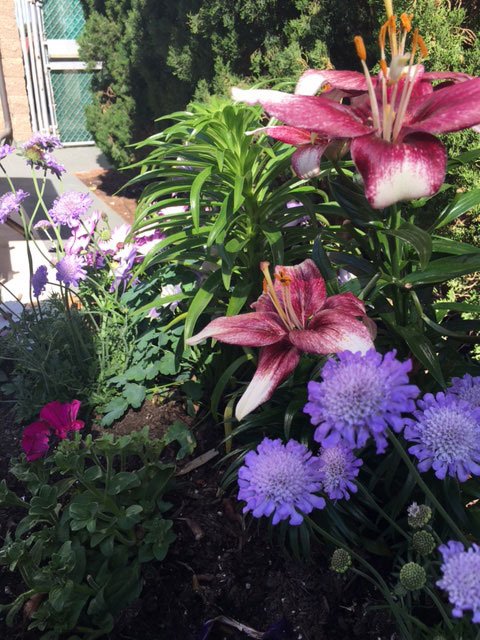 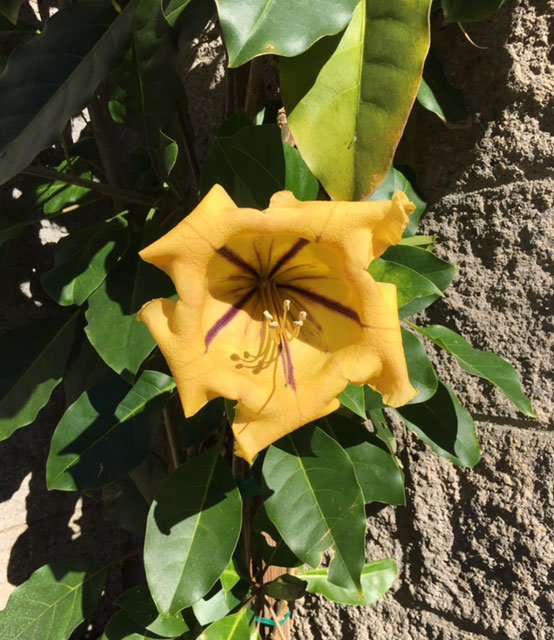 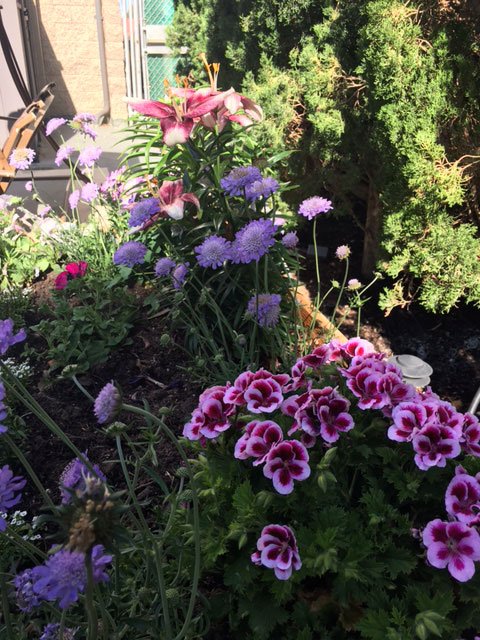 The fresh air and mild year-round weather, combined with great dining, a diverse culture, and recreational activities can be yours at Chateau La Jolla. No costly entrance fee, just affordable coastal living.